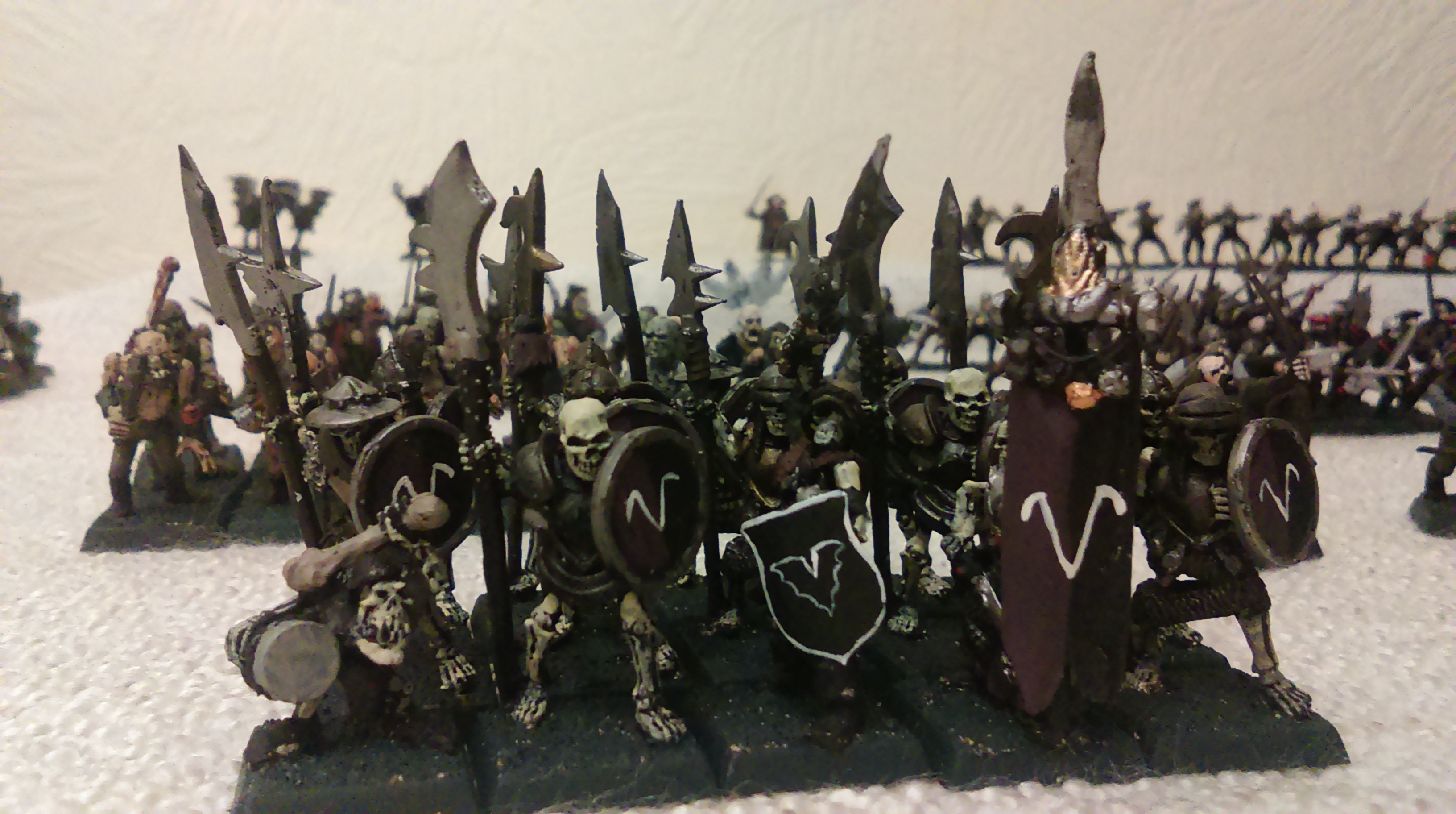 OK, Wildcat will be out soon so WATCH THIS SPACE but I’m at a sort of limbo point at the moment (getting ISBNs and cover art and much much formatting!) and recently unearthed some old figures, so I felt like taking some pictures and sharing with the world! 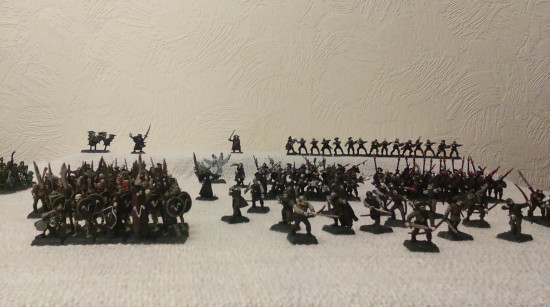 This is what I can find of my old Von Carstein army, based on Vlad Von Carstein’s invasion of the Empire (where he had both Undead troops and the Sylvanian regular army).  Basically I put it together because I liked the Empire figures but found the background story behind them wasn’t really for me. 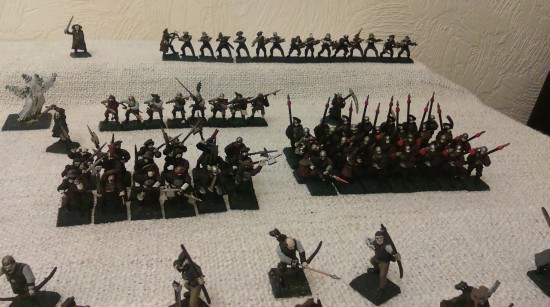 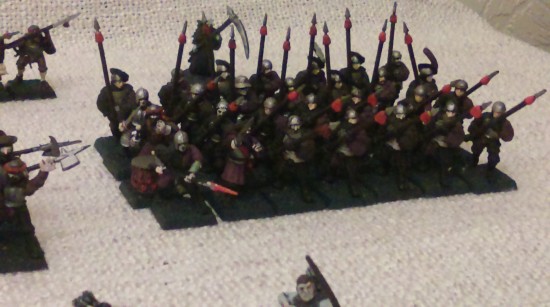 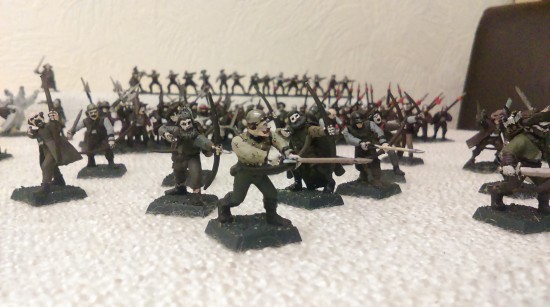 I loved the Von Carstein stories though (the books are very good), so I thought I’d have the best of both and paint my Empire troops in Sylvanian colours and do some villager-type militia complete with burning torches for that Hammer Horror sort of look! 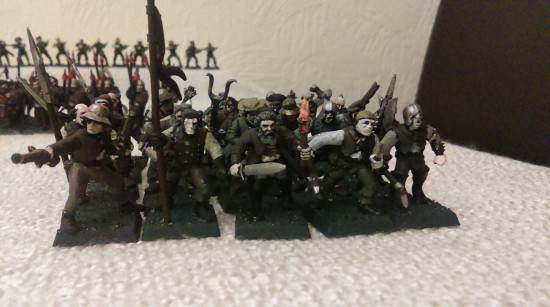 Plus I did the usual zombies and suchlike, though I never liked the plastic skeleton warriors much so I went for the metal armoured ones instead – much cooler! 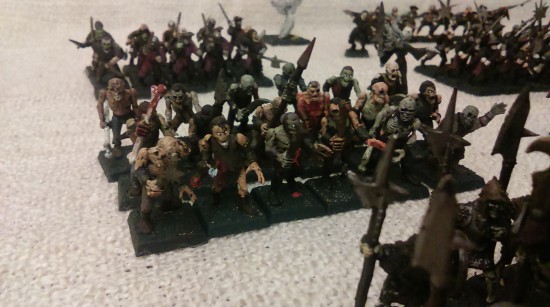 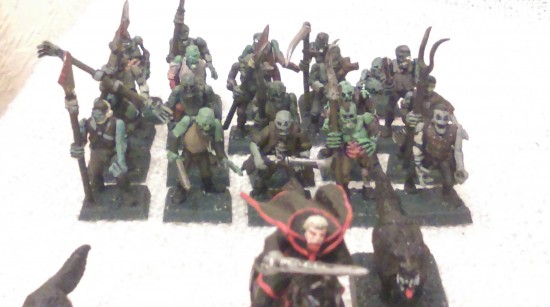 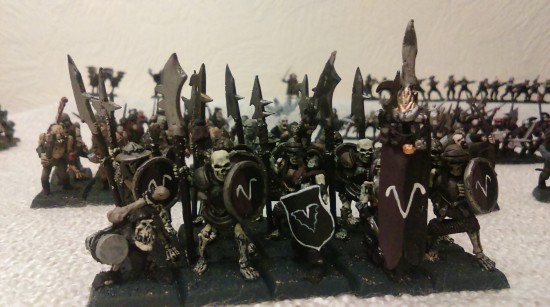 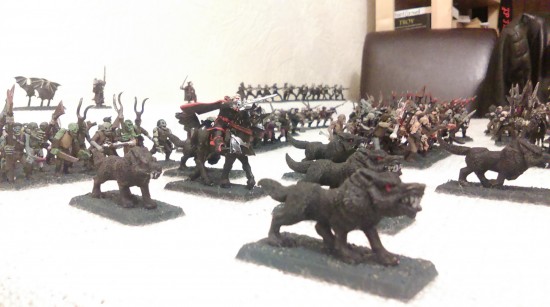 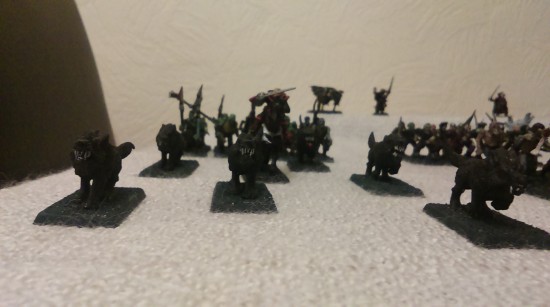 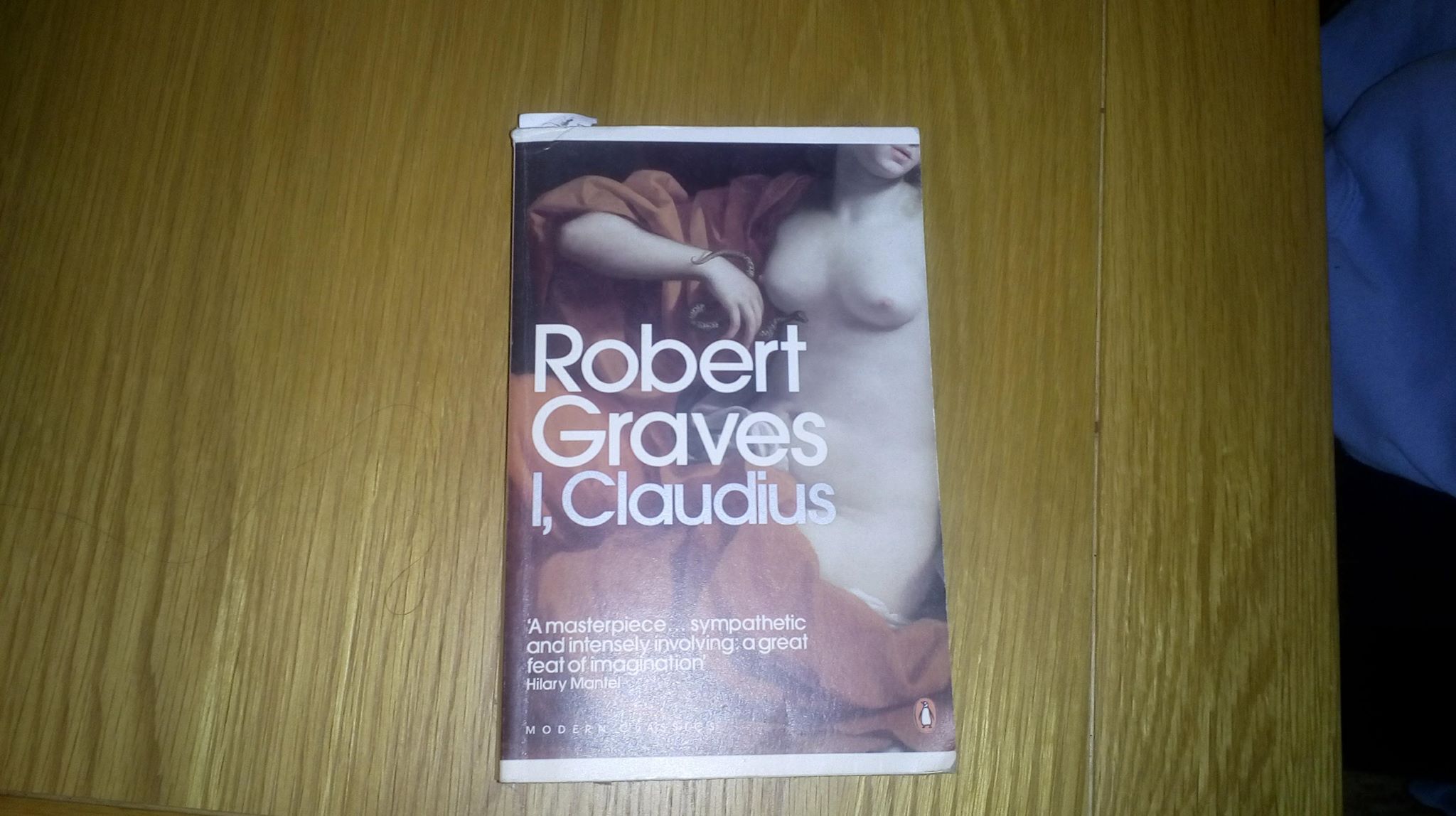