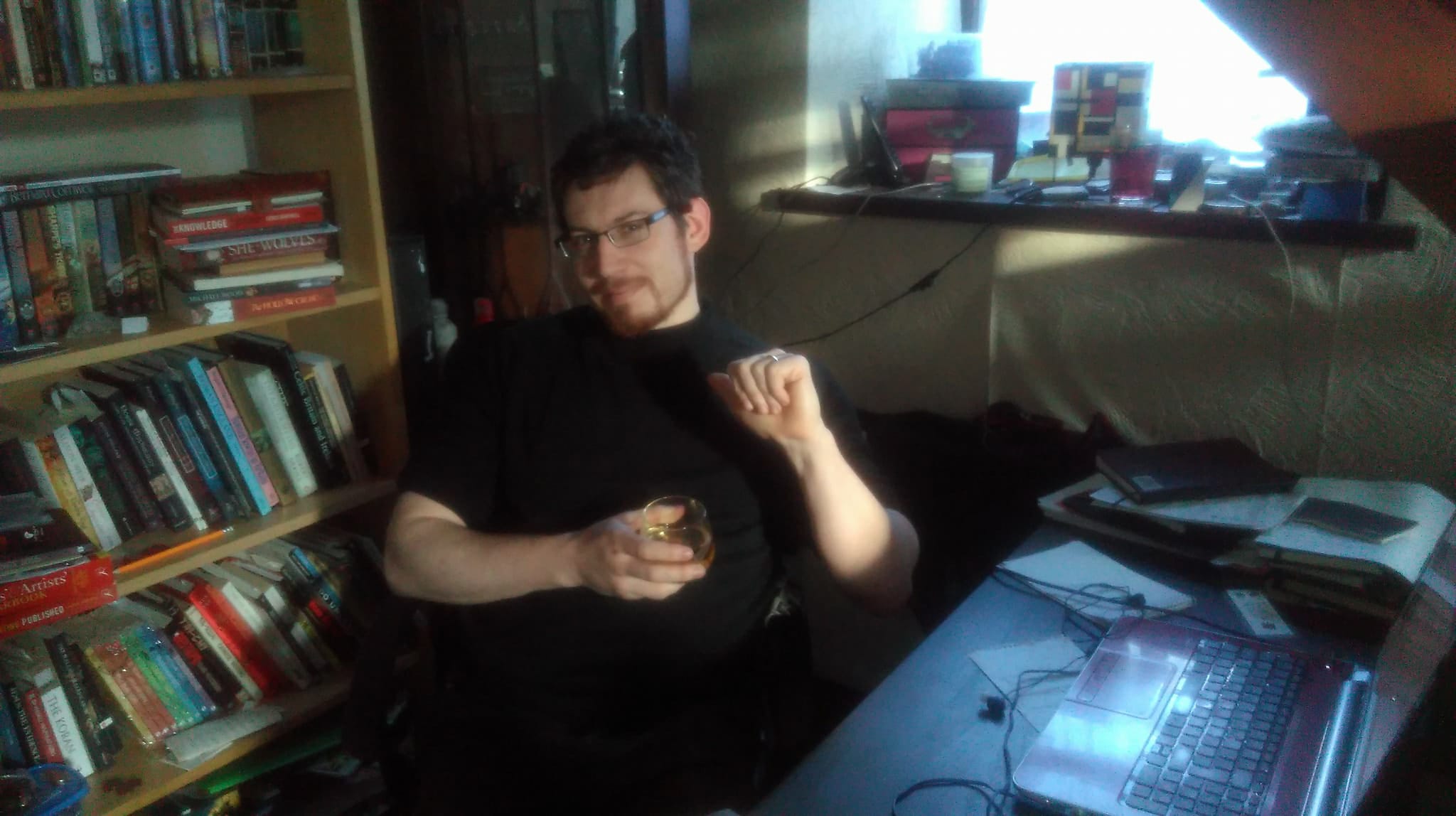 The First Draft of Lion Cub is done and I am feeling suitably smug – see picture!!

As a taster, below is the prologue as it currently stands, though inevitably I’ll be finding fault with it in the edit.  Enjoy!

BTW, keep an eye out for the Goodreads Giveaway for Wildcat.

Having an older brother meant always having something to live up to.  It also meant it was always that much harder to win a father’s respect.  When most things have been done already by an elder sibling, finding something impressive to achieve was always going to be a struggle.  Agmund was the fourth living son of Rhaedian, the greatest Sarrac warlord of his generation, and that meant that making a name for himself was damned near impossible.  His eldest brother, Young Rhaedian, was as fierce a warrior as a father could hope for, and Agmund, Eric and Uter were forever nipping at his heels in their attempts to gain reputations.  For Agmund the challenge was thrice as hard, and with only sixty men in his little band he was unlikely to outshine his brothers any time soon.  The young Sarrac sighed.  He tried to comfort himself that he was making a decent start, and the takings from this raid would mean enough silver to draw in more men when he finally got back to Burkhard.

Agmund could still hear the odd scream from the women outside being enjoyed by his current followers, and he was sorely tempted to go out there and join them.  Whenever he found himself dwelling on his endless uphill struggle, a woman was almost always the best thing to calm him down.  He’d spotted a nice-looking one amongst this mob of Lurian dogs and had set Bald Beorn to guarding her, ready for later.  Given the man’s preference for handsome men over pretty girls, he was the one warrior among his company that Agmund could trust not to take her behind his back, and he looked forward to his first taste of his shapely new friend once they were done in here.  But he had business to attend to before he could indulge himself.

He turned his attention back to the prisoner, the last man they’d left alive.  Quite possibly the roundhouse in which they questioned him was his home, and quite possibly one of the women outside was this fellow’s wife or daughter, but his face showed no more expression than that of a boned fish.  Except for his eyes.  Even in the dimly-lit house Agmund could see that they burned with quiet hatred.

Above the prisoner stood Eardwulf, towering over the injured man with his massive fists clenched and ready.  Agmund’s gigantic second-in-command was of a similar age to his chief but of a very different appearance.  Where his chief was dark of hair and his beard little more than stubble, Eardwulf was blonde with a beard thick as a thornbush.  While Agmund was marginally taller and stronger than most men, Eardwulf was a head taller than him and built like a blackwood tree.  He’d have stood a good chance of it if he challenged Agmund for command of their band, but Eardwulf was that rarest commodity; a loyal Sarrac raider.  Agmund nodded to the big man.

Eardwulf reached down and slammed another punch into the old man’s face, and their captive toppled to one side under the blow.  He straightened up a few moments later, a fresh cut across one of his cheeks.  The big man knew a bit more of these people’s language than Agmund did, and his words came out in a mangled mix of the Sarrac and Lurian tongues.

‘Have you hidden any more silver?  Any good iron or decent ale?  Any buried trinkets that you thought to keep from us?’

Agmund did his best to follow him but it was not easy.  For all that the languages had their similarities they were definitely not the same, and making oneself understood could be difficult.  But then, a fist rarely needs an explanation.  The man dribbled blood and sputtered out an answer that Agmund just about comprehended.

‘No.  You have stolen everything.’

Eardwulf gave him another clout for good measure but the prisoner straightened up again and kept staring at the pair.  Fair play to him, this one had guts.  He was easily into his sixtieth winter but all the same he and that other old one, the one with the blue tattoos, had killed five of the raiders between them and had cost young Gaufrid an eye.  The tattooed one had taken some serious effort to bring down and this one had only slowed after Eardwulf lopped his arm off.  The stump at his right elbow was still bleeding heavily, and Agmund suspected that he was not long for this world.  He spoke over his shoulder.

‘Is he lying, Wygmar?’  The chief turned back to face his captive.  ‘My wizard here is good at spotting liars, you know that?’

Agmund couldn’t be sure how much of that the old man understood, but he probably got the gist of it and that was all that mattered.  The Sarrac wizard stepped forward, and Agmund assumed the blank-faced man would feel unnerved; most people did.  Unlike the other raiders, who dressed in simple furs and leathers, Wygmar wore a strange, robe-like garment that brushed his feet, the whole thing so covered in patches that its original colour was a mystery.  Haning from the numerous pockets and pouches on his robe an assortment of strange items dangled from strings or tiny chains, with more still strung to his worn brown belt.  Agmund saw a hollow silver coin, a kellas cat’s tooth, a fox’s foot and a squirrel’s tale, along with various feathers and beads and clumps of fur and human hair.  The gnarled man’s face was lined and weathered, and his beard was solid grey, though Agmund knew he was not really that old.  In one hand he held a staff with iron rings and chains rattling at its top, and his black eyes stared at the prisoner until even the tough old Lurian looked away.

Agmund was always glad to have Wygmar around, partly because of the things he knew, but mainly because he could intimidate pretty much anyone.  The wizard shook his staff and glared intently at the man, then spoke a single word in his gruff voice.

Agmund nodded and without warning he kicked the prisoner hard in his bleeding stump.  The old man screamed and tried to cradle the limb to him, shuffling back and away from the raider’s boot.  Though there were tears in his eyes he ground his teeth and glared again, and beside him Agmund heard Eardwulf whisper quietly in his ear.

‘This Gorvic dog will take some work, and we should be getting gone.’

The raider chief shrugged his shoulders.  One of the reasons his brothers didn’t come here was because the Gorvicae were part of the Caledon; the great alliance of the western tribes.  Years ago, when Agmund was barely a boy, they had united against a Gaian general and formed a legion of sorts to fight him, and even Young Rhaedian was wary of facing them in battle.  But his peers and brothers were all fools to themselves.  The Caledon was not what it had been.

‘Taliesyn is weak, and the Dragon Legion is nowhere near us.  The Wildcat won’t send troops here to chase off a band of raiders, not with all her other woes to keep an eye on.’

Eardwulf frowned a little but nodded all the same.  The Caledon had enough problems that they would likely ignore his raids, but the fact that he alone dared risk them ought to be enough to impress his father.  People everywhere pissed themselves at the notion of fighting a legion, Gaian or otherwise, but the fact was that the dragons had not fought a real battle in years and in any case the odds of meeting them were ridiculously long.  Although, he mused, if I got enough men together and actually took them on… that would really put Young Rhaedian in his place!  The old familiar dream threatened to begin, the one where he rose above every one of his brothers, and even his father was forced to bow to him.  Agmund shook the thought away.  Right now you might as well dream of wielding Grimslange or slaying wyverns!  Hard work, that’s what will get you there, now get back to it.

He ground his teeth and concentrated on the task before him.  The young raider dropped to his haunches and locked eyes with the old man.

‘Tell me the truth.’

The prisoner glared and though his face was white with pain Agmund was fairly sure he would be a tough one to break.  And besides, with his arm bleeding like that he might die before he said anything.  He strung together as much Lurian speech as he could manage, filling in the gaps with his native Sarrac Tongue.

‘You’re bold.  But this village has your friends in it, maybe your family, yes?’

More glaring, but he was sure the snarling face betrayed a flicker of emotion.

‘You know we’re going to take your girls, but we don’t have to hurt them bad.  Tell me what I want and we may be gentle about it.  Otherwise I bring them into this house, and me and Eardwulf here will plough them every which way right in front of you, and then we start to feed them their own fingers.  You want that?’

He seemed to get the idea but Eardwulf grumbled a few words just to clarify, and some of the defiance in the man’s eyes died away.  Truthfully, Agmund would sooner not have to do it.  Wasting good women was a bad policy when you had men to keep appeased, but hopefully the Gorvic wouldn’t know that.  He muttered a few words that Agmund didn’t recognise so he glanced at Eardwulf.  The big man showed his teeth.

‘Few men do.  But that doesn’t mean they don’t deal with me.’  He turned his attention back to thir captive.  ‘Now, are you going to talk, or do I send my man outside and we start off with the youngest?’

For a moment there was nothing but pure hate in the old man’s eyes but then he nodded his head slowly, a fresh tear falling to his cheek.  Agmund smiled a little and gave a nod to Eardwulf.  The big man would understand the language better than he would when the man talked, and for all his show of confidence Agmund had no wish to dawdle.  The chances of meeting the legion might be long, but it was a fair old trek back to the safety of the mountains, and the Gorvicae might overtake them if they wasted too much time.

He watched in silence as the old man gave up whatever secrets he had to tell.  When would these people learn it was always best to play along? 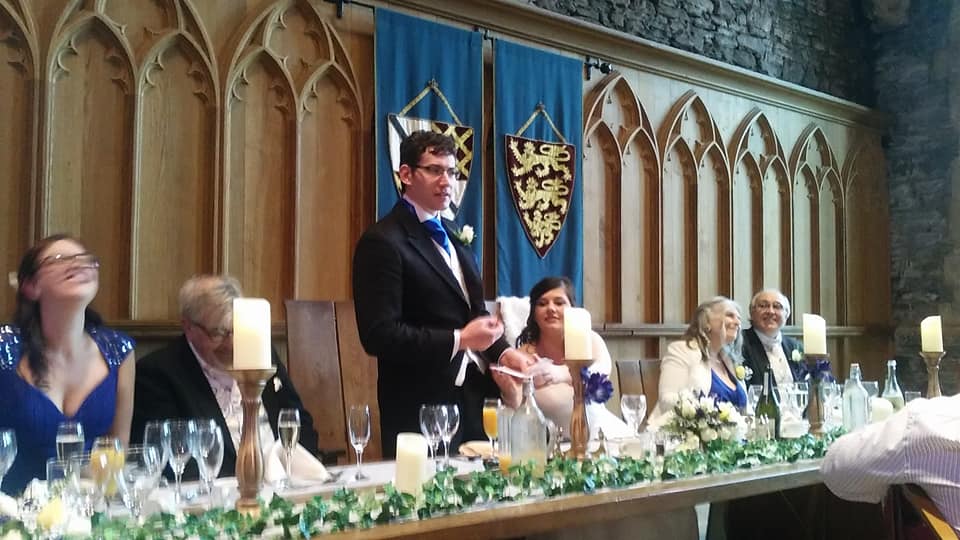