Warden of the Blade & Battle of the Fang

This is a first for me – a double book review!

I will be comparing two 40k books which I read one after the other; Warden of the Blade by David Annadale, and Battle of the Fang by Chris Wright.  I’m going to preface this with the reminder that, as a 22 year veteran of the Imperial Guard I have a natural bias against the astartes for being too perfect, too shiny shiny, and too indestructible (though in fairness, the sons of Fenris rarely suffer from being too shiny…).

I’ll also say that both books were well-enough written and had some good story ideas, though for me one of them was by far the more enjoyable of the two.

Warden of the Blade follows a small company of Grey Knights, the rather ‘outsider’ astartes chapter who form the elite Daemonhunters of the Inquisition.  One of their number is the custodian of a daemon-possessed sword (Antwyr) which, since they can neither safely destroy it nor trust it to be left alone, he must carry with him at all times – the daemon’s voice a constant whisper in his ear.

Our story begins when a second possessed artefact, a golden mask, falls into the hands of an Ecclesiarch Cardinal and he becomes corrupted by the daemon within, eventually drawing most of his planet into chaos.  Our heroes are called to this planet in part by Antwyr’s will, since he sees in this a chance to free himself from the sword.

I have to say that, for all the fast-paced adventure of this book, it fell a bit flat for me, and a big part of this is no real fault of the story – it’s more the Grey Knights themselves.  They’re just so boring.  Astartes run the risk of being dull characters at the best of times because they’re so immensely tough and strong and that whole ‘and they shall know no fear’ bit, but most books about them show that this isn’t 100% true, and that deep down they are flawed individuals.  Not so here.  The Grey Knights aren’t just beakies they are super-dooper beakies (I used to play Orks), and have no real doubt or peril until the last tenth of the book – by which time I just didn’t care anymore. (They routinely cut through demons like a hot knife through a cliché and take down a walking cathedral at one point!  All with what seemed like very little in the way of effort.)

Very few characters, even the human ones, feel relatable in any way and our hero, Crowe, feels very bland.  The sword, which is supposed to be hugely dangerous, cunning and corrupting, has no real effect on him and so (in classic Faramir tradition) the villain’s power is completely undermined by a ‘too-good’ hero.  Quite possibly this changes over the course of the series but because I didn’t really feel engaged by this book, I’m not inclined to read the rest of the books on the offchance they get better.

My final gripe is that, like the heroes, the villains too have very little depth or character.  The daemons are archetypal and have no real personality or charisma and, as we all know from Die Hard II, a cold-blooded villain whose only trait is being cold-blooded can spoil even an otherwise fun story.

So I’m sorry but overall this just wasn’t for me.  Not a badly-written book but I just wasn’t engaged at all.

Battle of the Fang covers the legendary siege of the Space Wolves’ homeworld of Fenris by their longtime enemies, the Thousand Sons.  Back when the Horus Heresy was just beginning, when Magnus and the Thousand Sons became ‘accidental’ rebels, Leman Russ and the Wolves attacked and devastated their own homeworld of Prospero, and now it’s time for some payback!

Magnus the Red, Primarch of the Thousand Sons, has drawn off most of the Space Wolf Legion on a wild bantha chase (sorry, wrong universe!), leaving only Wolf Lord Greyloc and a single Great Company to defend the Fang.  The Thousand Sons and their spireguard support troops outnumber the Wolves by a truly massive degree, and mean not only to destroy their home, but their precious geneseed as well…

OK – this may sound harsh but since I read them one after the other the comparison was in my mind throughout; this book is everything that Warden was not.   As a rule, the only astartes legions I’ve really warmed to are the Space Wolves and (to a lesser extent) the Dark Angels, because they always seemed to have more character than the others, and that makes them interesting.

The Space Wolves (or Vdalka Fenryka as they call themselves – I kind of like that they find the name ‘Space Wolves’ a bit silly!) are essentially Vikings in space, and the author devotes a lot of time to the culture and subsequent mentality that this implies.  Not only that but, unlike the Grey Knights, the Wolves’ uniqueness includes weaknesses as much as strengths.  We have some very cool ‘wolfy-goodness’ powers going on, but their impetuousness leads them into serious trouble more than once, and it’s good to see our flawed heroes making mistakes and learning from the consequences.

I think the author strikes just the right balance between ‘superhuman awesomeness’ and ‘realistic characters’.  We even had some sympathy with the Thousand Sons, who have become what they are (mostly) through no real fault of their own.  Again, a complexity of character that is just missing in Warden.  A good villain can make or break a story, in my opinion far more than a good hero, and giving your bad guys some depth is a great way to build likable characters.

The only criticism I can give without spoilers is that I’d have liked to see more from the spireguard.  I liked that we had some POVs among the Wolves’ support troops (the kaerls), and a real equivalent in the spireguard would have been interesting.

Overall this was a very good read – astartes with flaws, gritty action and some great fun.  Would recommend.

My final analysis of these two books is simple:  I enjoyed Fang more than Warden and perhaps the best commendation I can make is that I think even a non-40k fan would enjoy Fang too.  They might both be books about futuristic supersoldiers but the Grey Knights are very different to the Space Wolves – and remember this wise truth:  A Wolf’s got personality.  Personality goes a long way! 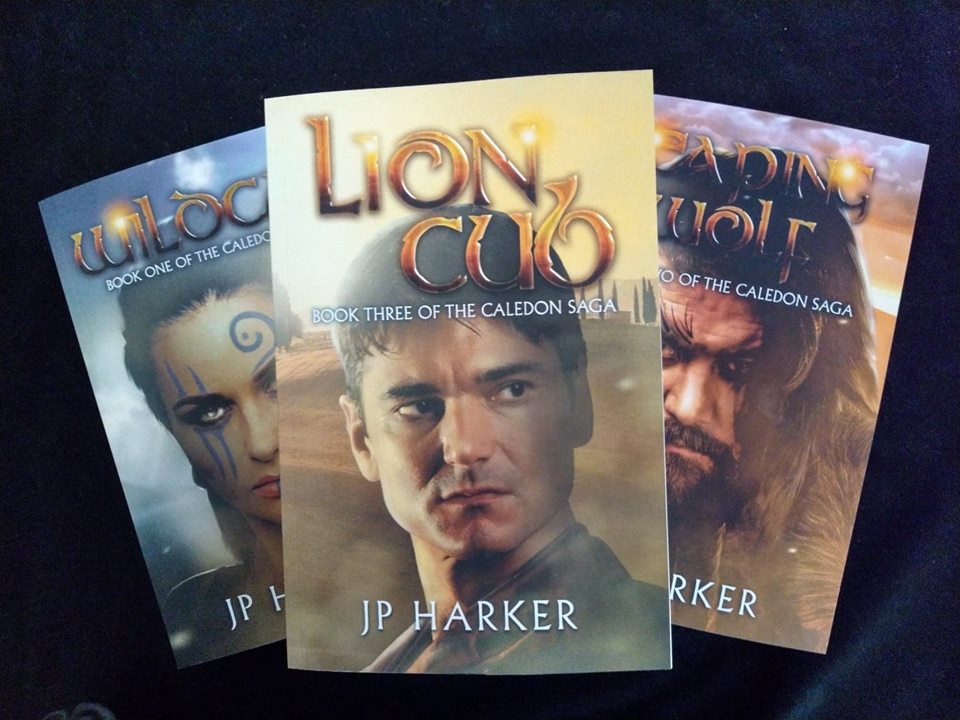