Wildcat – A Lesson In Tactics

Here we have another sample from Wildcat, again from the POV of the ambitious General Lepidus.

‘You see Antonius?  You see how they run?’

Severus pointed from atop his brown courser and indicated to the younger man where the barbarians were fleeing.  For all that he resented being saddled with unblooded tribunes, the boy was from a very powerful family, and it always paid to be polite with such people.  The new officer, the honourable Marius Dessidus Antonius, was a tall and dark-haired youth of some twenty years, with the slender build and sharp features that marked him as belonging to the higher patrician class.  General Severus Lepidus was no plebeian of course, but the very fact that he had a mere two names to Dessida’s three highlighted the social gulf that existed between them.

Young Antonius, his social superior and military junior, was clearly trying his best to look soldierly as he viewed his first battle, though to the lad’s credit he looked less queasy than most of the new boys he’d seen.

Severus nodded, approving of the courtesy.  When he’d first been told that the Tenth Legion would be heading for Daeria he’d been convinced that the Gaian society here would be little better than the savages they ruled, but this young man at least seemed to know his manners around his seniors.

‘By all means, tribune.’

He nodded towards the battle.

‘This appears to me to be some variant of Tactica Two.  The detachment on the right was acting as a solid base for the Gorvicae to their flank, while the cohort on the left pushed the enemy tribesmen back and their retreat is harried on that flank by the Nomad archers.  These actions adhere to standard doctrine.  But why break open the shieldwalls to let forth these Aboran auxiliaries when the infantry were doing an admirable job on their own?’

Severus once again approved and was glad to have taken the boy under his wing.  It was part and parcel of army politics to be friendly to socially high-ranking juniors, but this one he suspected would not be quite the chore that most of them were.  He showed an intelligent understanding of tactics but was willing to admit to his lack of experience.  And he showed a willingness to learn from his superiors.

‘Much of our history has been forgotten, Tribune Dessida, and a great deal of it to our cost.  In more ancient times such auxiliaries were far more commonplace within our military, and their use in such a way would have been standard doctrine at the time.  I make a point, tribune, of ensuring that my officers are well-versed in military history, even that which is no longer commonly taught.’

‘And I should be glad to learn, general.  But I still do not understand the breaking of the shieldwall, since surely this risks compromising the formation?’

The general pointed vaguely towards the left flank, where the cohort was still driving the Caderyn back.

‘Were we fighting defensively, this would be true.  However, the tribesmen were already beginning to fall back and might have done so in good order were they permitted.  For all that a legion shieldwall is unbeatable against a charge it is too often slow-moving on the advance, as it must be to maintain a tight formation.  Unleashing the Aboran Destroyers incited panic in their withdrawal, thus making it more difficult for them to regroup, especially when factoring in the Nomad archers and their harrying.  It also makes the tribesmen wary of attempting to attack the formation and then fall back, hoping to outmanoeuvre the shieldwall by striking and withdrawing, since they know that they will be pursued by the faster-moving Destroyers.’

Severus bowed his head back to him.

The general felt quietly pleased that his innovative tactics were working so well.  Destroyers had not been utilised by the legions for centuries, and his peers had ridiculed the idea when Severus had first presented it.  But the mighty Aborans, with their unnatural strength and intense training, had proved invaluable as shock troops, and Severus looked forward to the effect that these successes would have on his career.  That reminds me, I must speak to Praecus about their further enhancement.  The alchemist-sorcerer had used a mixture of exotic herbs and strange rituals to enhance the Aborans’ already impressive strength, and the initial results were promising indeed.

He turned his attention back to the field.  On the right the First Cohort, under the seasoned Tribune Cadmus, was pushing the Caderyn back and inwards, supported by the savage Gorvicae on their flank.  The imbecilic tribesmen had charged wildly into the fray but they were killing the enemy quite effectively, and the more of their warriors who died in this fight, the less trouble they could cause later on.

On the left flank, directly before him, the Second Cohort was also wheeling slightly, looking to hem the Caderyn in and cause maximum casualties before they could withdraw.  He remembered his Faustulus even today:  Always leave your enemy a line of retreat.

It would be over soon, he thought, and then the tedious process of negotiations could begin as yet another tribe of savages were folded into the Empire.  Not that they ever showed any gratitude.  He raised a hand and a pair of aides rode up to the two officers.

‘Send word to Tribune Titus to bring forward his reserves in the centre.  And bring up a skin of wine for Tribune Dessida and myself.’

The two youths put fists to their chests before throwing their arms out in salute, and both hastened to do their general’s bidding.  Severus turned to face his protégée.

‘Let us hope it is a decent vintage this time.  The swill at Udergosc was beyond revolting.’

Antonius Dessida smiled a little but he was still watching the battle rage.  Severus turned that way too, though he was bored of the sight of it by now.  Another wild mob of tribesmen breaking themselves against the undefeatable Gaian legions.  He sighed.  Would these people never learn? 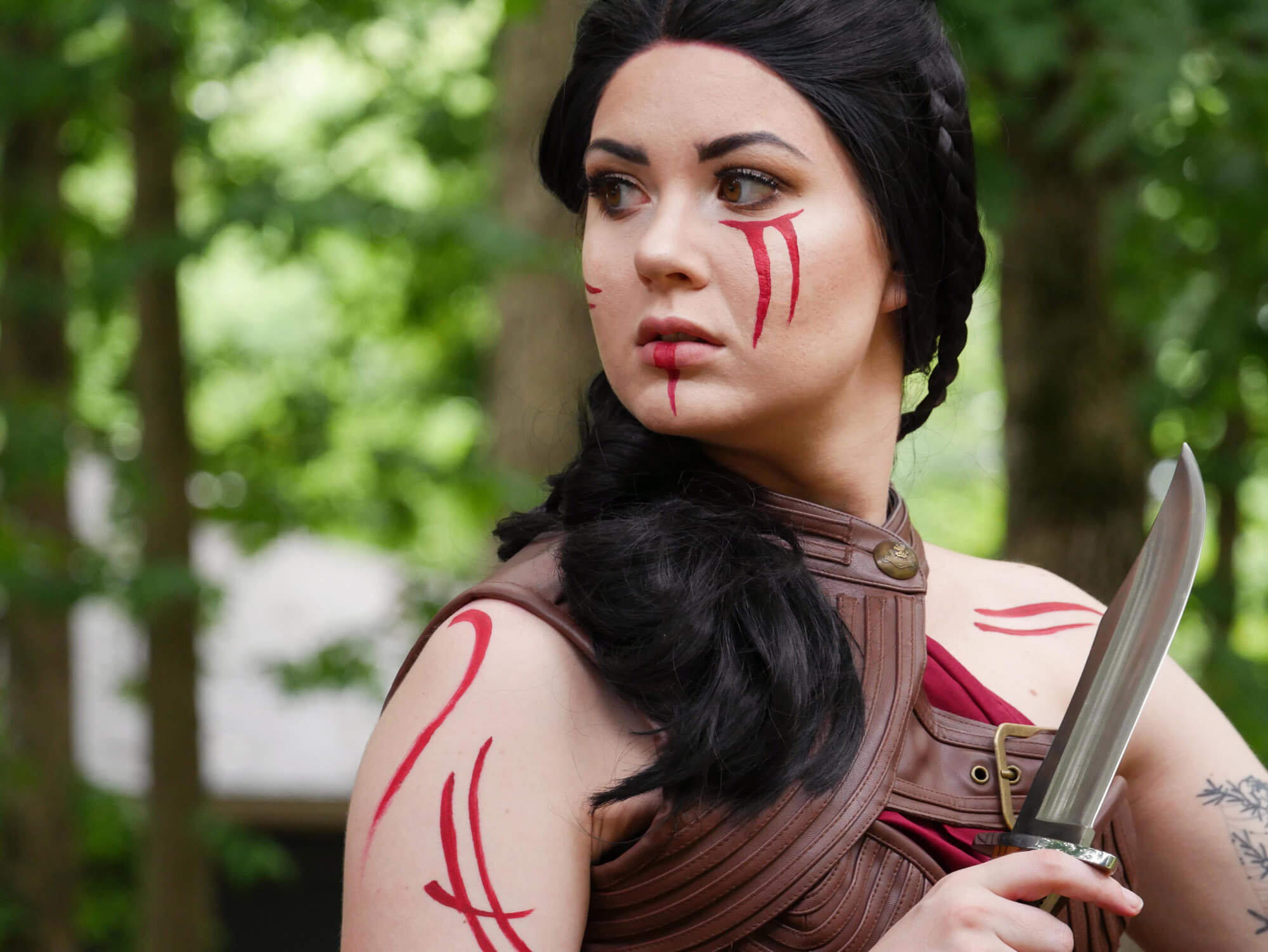