Book Review – Striker X (The Bold and the Deceptive, Book 1)

By JamesSeptember 1, 2020 No Comments 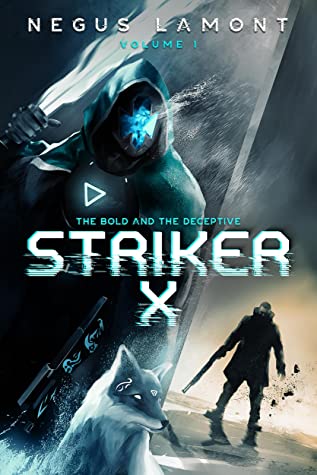 Striker X (The Bold and the Deceptive, Book 1) – Negus Lamont

Striker X is a sci-fi novel with a nice touch of traditional fantasy mixed in with it.  Here the ruling galactic civilisation are elves, with centaurs, dryads, dragons etc, providing their regular opponents.  ‘Striker’ refers to the elite soldiers/hunters who are tasked with eliminating these ‘beasts’, supported by a team to keep their gear in order, monitor them during missions, and collect their prizes once the beast is taken down.  The story focuses on our Striker (Vex) but his POV chapters alternate with those of his team, giving a wider view of the world and the plot.

This book came to me as a recommendation from a friend and so, though I only occasionally read sci-fi, I decided to give it a go.  Though far from perfect this was an enjoyable read that (crucially) kept me engaged throughout.  I’ve recently been reading some books that were quite a chore to get through and I almost had to force myself to finish – I was very glad that this book was one that I was keen to get back to at every chance.

I’ll get the negatives out of the way first.

This book was VERY like a video game.  We have levelling up as the playable character gains XP, very detailed descriptions of upgraded equipment and abilities, assigned levels/grades of opponents based on their difficulty to beat, and the format (for a good chunk of the book) feels very ‘mission prep – gameplay – cutscene –  level-up.’

As to the story, we only really get into depth of plot and (to a lesser extent) character about halfway through the book, and it plays a definite second fiddle to the fun factor and the pacing.

Also the ending is very sequel-bait-y, which isn’t something I’m generally a fan of.

Right, now onto the positives

I very much enjoyed the mix of sci-fi with fantasy.  When the ‘aliens’ are classic fantasy creatures (elves, centaurs, dragons etc), it would be very easy to mis-judge the balance here and end up with a book that one couldn’t take seriously.  But I thought the author managed to strike the balance just right and made the whole thing feel plausible.

The general vibe was fun, very like The Mandalorian meets Pacific Rim, and no-one can accuse it of being slow or lacking in action.  The action scenes were engaging and very well-described without slowing the pace – another tricky balance to strike.

The world-building was nicely done, with no massive info-dumps to drag the pace but still enough detail to give us a good idea of the world we’re in.

For characters, our hero is ok in the classic ‘stoic-killer-with-troubled-past’ way, but the character I really enjoyed was the navigator.  To reveal why would be to give spoilers, but suffice to say that she was my favourite among the cast.

To sum up, as I say, this book was far from perfect, but overall it was a very fun sci-fi read and if that’s your genre of choice, I’d say give it a go. 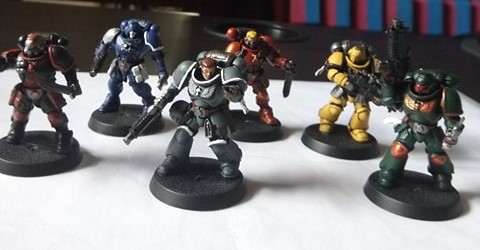