This last weekend, I went to a live broadcast of Shakespeare’s Henry V, starring Kit Harington in the title role.  I’m a big fan of this play and I’ve seen it more than a few times (both on film and on stage), so naturally I snapped up tickets as soon as I could.  That being said, I went into this with some trepidation.

Firstly, and you can call me old-fashioned for this, but I don’t generally like modern dress in my Shakespeare (the stark difference between the visuals and the language can be jarring), and I’d seen in the promo that this was going to be fatigues and rifles rather than armour and swordplay.  Secondly, there’s a world of difference between screen acting and stage acting, and having only ever seen Kit Harington on screen before, there was the usual worry about whether he could make the transition.

Overall, however, my fears were proved unfounded.  After a bit of getting into it, the modern dress stopped being a barrier and I was able to enjoy the performance, and as for Mr Harington, while I won’t gush about his being the best stage actor ever born, at no point was he bad.  In most scenes he was good, and in a couple of scenes he was great.  Despite my love of Ken Branagh and Tom Hiddleston, there was one scene in particular (mentioned later) that was performed better here than I have ever seen before, largely due to Harington’s performance /concepts.

In an interview before the play, Harington mentioned how he wanted to play Henry as less of a hero and more as a warmonger, which I thought was a very interesting take on it.  Henry was after all initiating an aggressive war of invasion, placing his people in harm’s way for the sake of his own claim to the French Crown; ie, wealth and power.  While he didn’t nail that edge of the character in every scene, in some of them he really excelled.

First off, let’s get the negatives out of the way.  The Chorus had absolutely no presence or gravitas, which meant we all started out with a very bad feeling of how this play would go.  When trying to live up to the likes of Derek Jacobi, ‘Oh for a muse of fire’ needs to be delivered with some serious depth, either that or in a fully relaxed, ‘chatty with the audience’ way in order to be completely different.  In this production, the introduction felt like an over-eager drama student giving a monologue for an exam.  Unfortunately this continued on throughout the play, with the moments of narration as consistent low points.

Secondly, and this is a fault with a lot of theatre these days in my opinion, was the excessive choreography.  For no readily apparent reason, the play was frequently slowed down by actors silently walking back and forth and between one another in various patterns.  In some productions this might be used as a cover for the stagehands, buying time for a change of scenery behind a second curtain, but no such scene-change seemed to be taking place, making the whole process seem rather needless and self-indulgent.  I don’t know if it’s supposed to come across as dramatic or artistic, but I do know I wasn’t the only one who was sitting bored during those routines, just waiting for them to be over so that we could get on with the story.

There were a few other little niggles to my delicate sensibilities, but nothing of any real consequence.

On to the pros!  Firstly, a small thing, but I really liked how Mistress Quickly was played by an actor of similar age to Pistol and Nym.  In the plays she’s described as a widow, but whenever I see her played by a woman in her 60s, it makes it feel strange when two youngish soldiers are arguing over who got to marry her.  Another small but fun factor was the use of a scene from Henry IV at the beginning, to showcase ‘Wild Prince Hal’ and the dismissal of Falstaff.  I believe (don’t quote me) that the reason we never actually see him in Henry V is because the original actor who played Falstaff died before production, so this iconic character is only referenced.  In this production we get a glimpse of him early on, which lets us understand a little better why his friends talk about him so much after his death.

A very impressive aspect of this play was that all of the French characters, when speaking to each other, were actually delivering the lines in French (subtitles in English).  This was such a feat for the actors/translators, and it really gave the French court a different feel to the English, despite having many of the same actors.  A nice touch indeed – as was Llewellyn’s Welsh!  (For the record, Llewellyn was played excellently!)

But perhaps the most memorable part of this play was the ‘Harry meets Catherine’ scene.  Normally played for romance, this was where Harington really went for it with his morally questionable King Harry.  He plays the same word games and has a veneer of charming banter, but the darker side of this meeting is made very plain; Catherine is going to marry Henry whether she likes it or not, and while he’d prefer it if they could get along and be happy, it’s clear that he won’t really care if they can’t.  This is not a seduction, it’s a business arrangement, and they both know he’s already got what he wants.  Like one or two other scenes, the production takes what is normally a light or triumphant moment in the play and turns it into something sinister or unsettling.  Bravo.

To sum up; this was not a perfect production by any means, and had enough flaws to irritate me at times, but those flaws were made up for by the virtues.  Nearly all the performances were on point, varying from good to great, and the overall look of the play (despite my dislike of modern dress and choreography) worked well in the context of a more believable war-seeking king.  The balance of tension and comedy was nicely achieved, and (perhaps most importantly), it was a production which brought something fresh to the play without deviating too far from the original.  No small feat!

If this production tours again, I can certainly recommend checking it out! 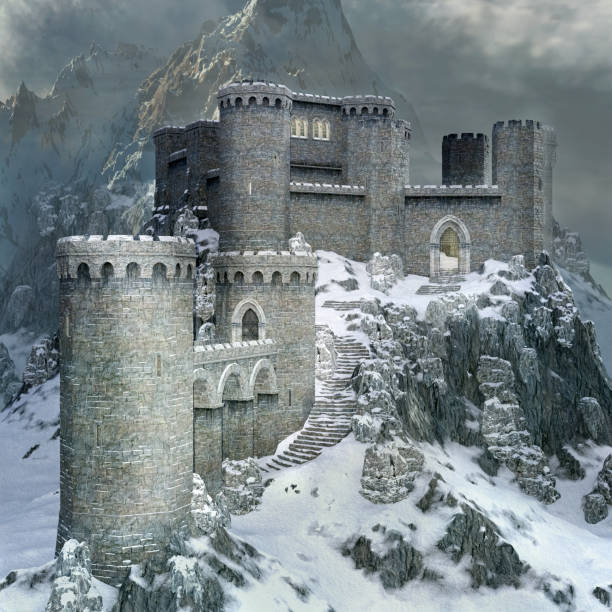 Father Christmas and the Goblin Raid

Father Christmas and the Goblin Raid